Hello everyone, I am opening my first blog post with the sculpture process for collectors, 3d printing.

This is the workflow I use for customer models, every step of the process I send for an approval, be it in the blocking, detailing and rendering stages, so, let's take a look below! (Directed by Andrew Scott, a project for a Kickstarter.)

CONCEPT:
Well, let's start, this is the artwork that I received through the Director, a fantasy concept, which by the way I found quite visible in questions of nuances, detailing of emblems and seams on the leather getting on the personal part of my creation. 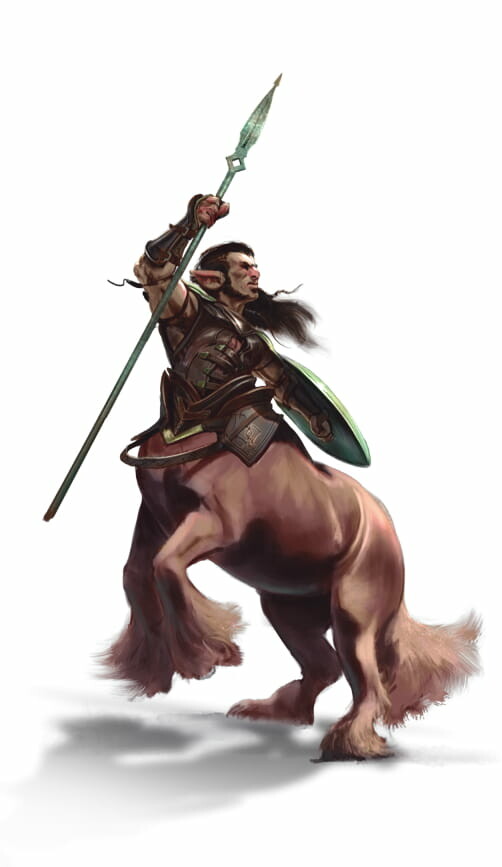 In particular in this model I choose to create the head as do initial, I make this decision in some of the models, when it comes to a mesh of hair or beard more specific. and saved in a ztl file, just when the body is blocked I give an append in the tools of the head to the body. 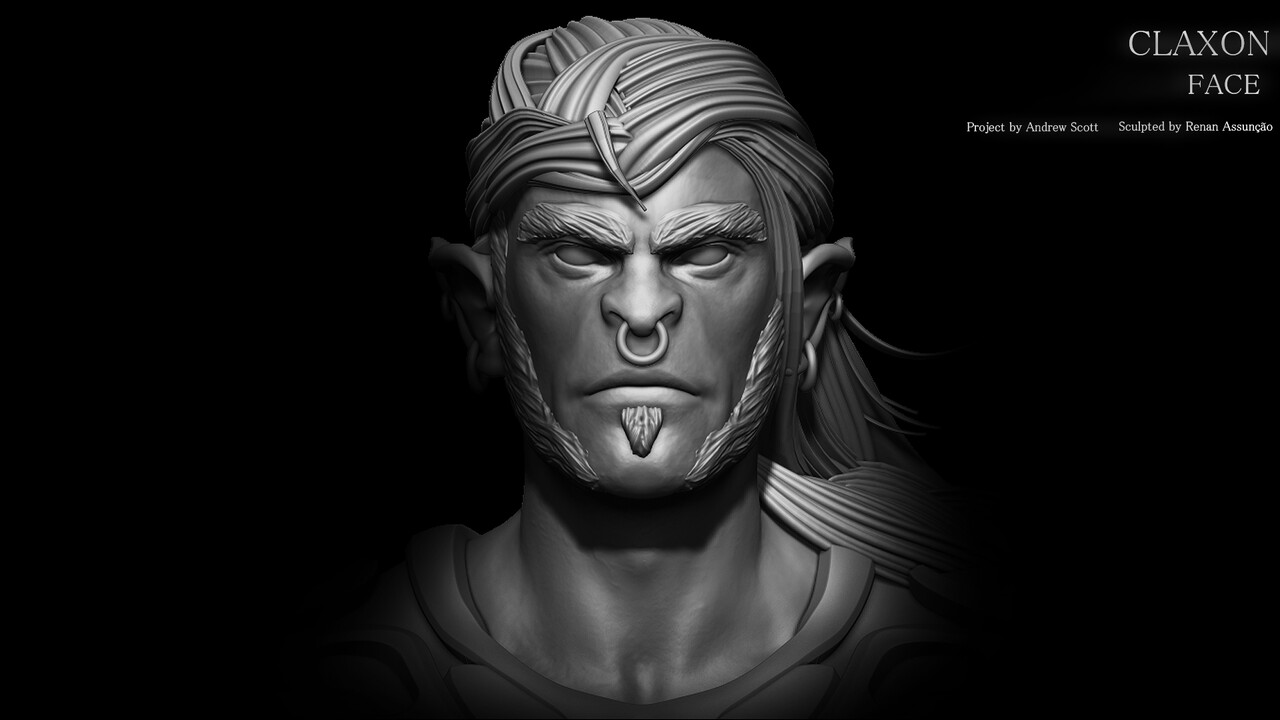 ACESSORIES:
Particularly choose always to sculpt T pose, because of the practicality of creating the accessories. The first phase of seams and textures is applied, according to the 80mm scale to be visible on the print. 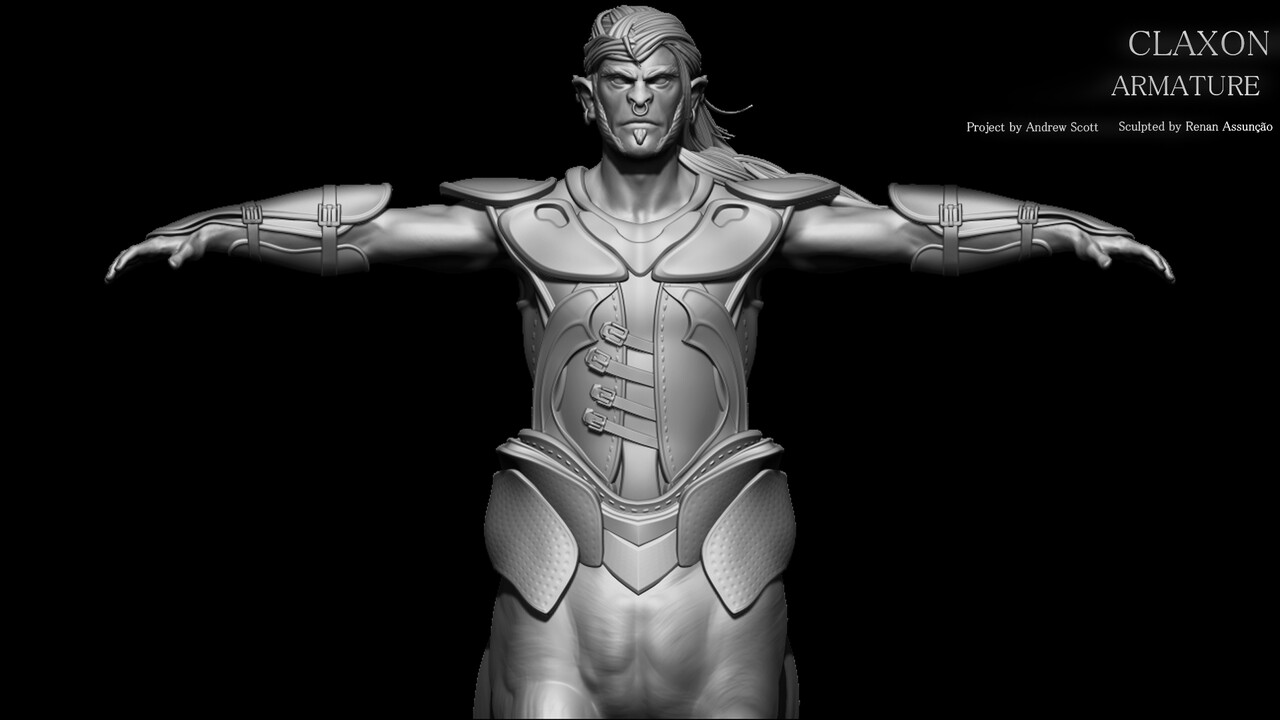 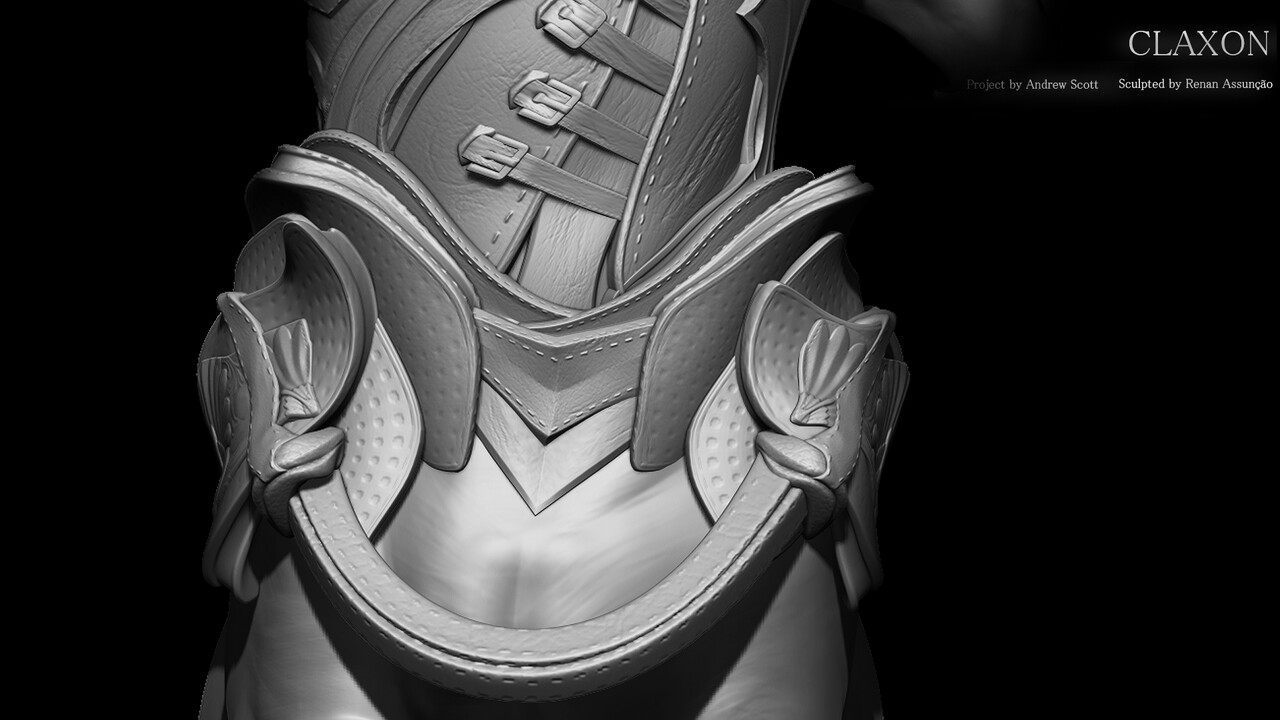 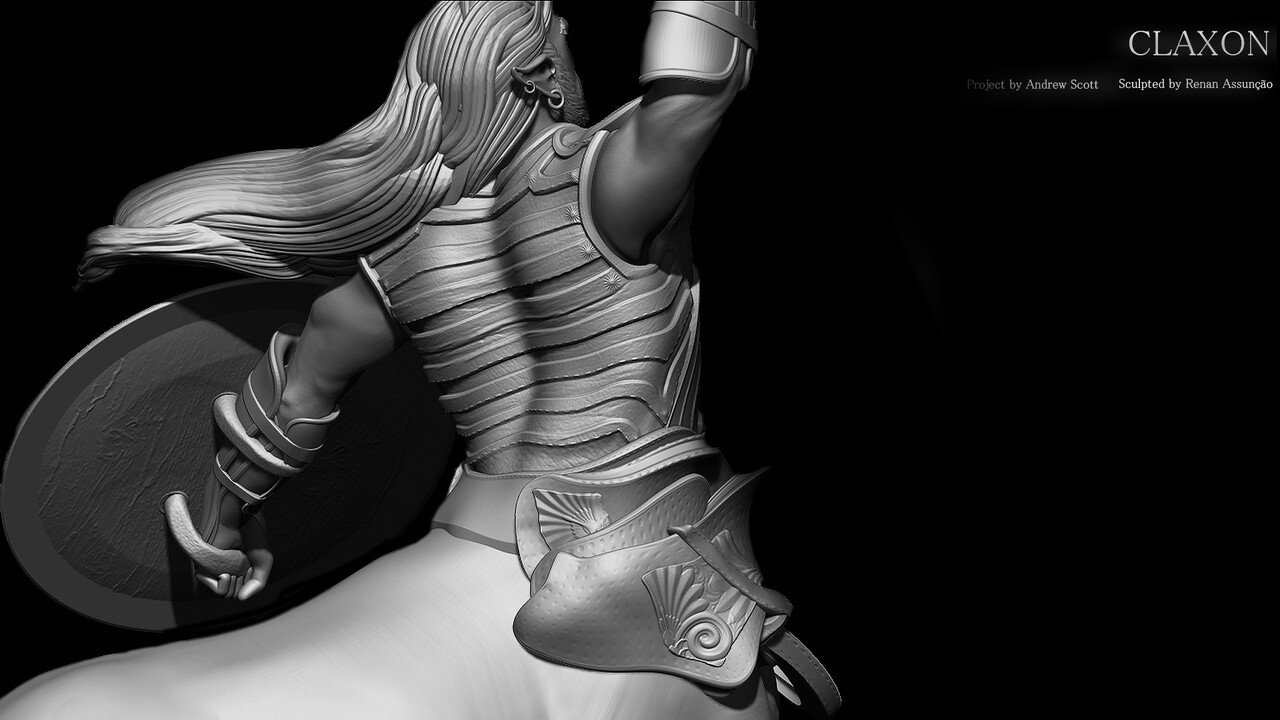 Most of the time I do between 2 and 3 options of weapons for the client to choose, giving the possibility of it can also change the chosen version. This is the photo that is sent to the choice/approval. 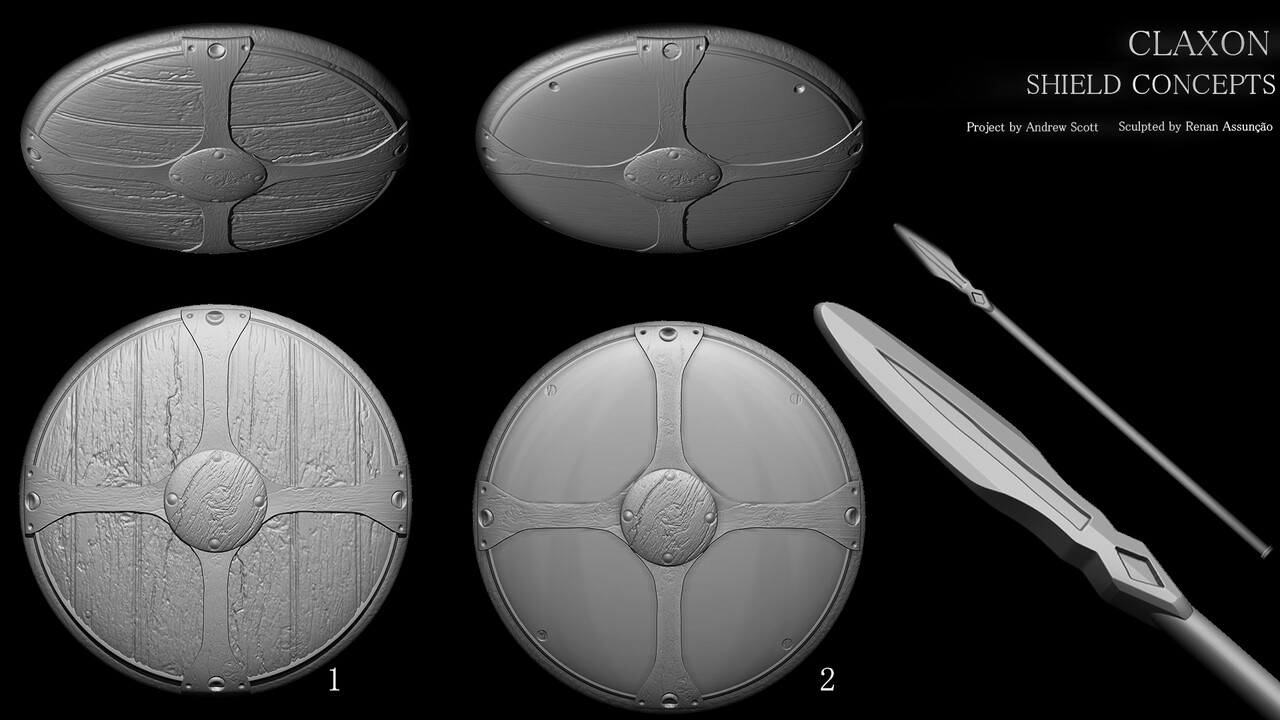 Were also created three options for the back part of the model for free choice of the client. 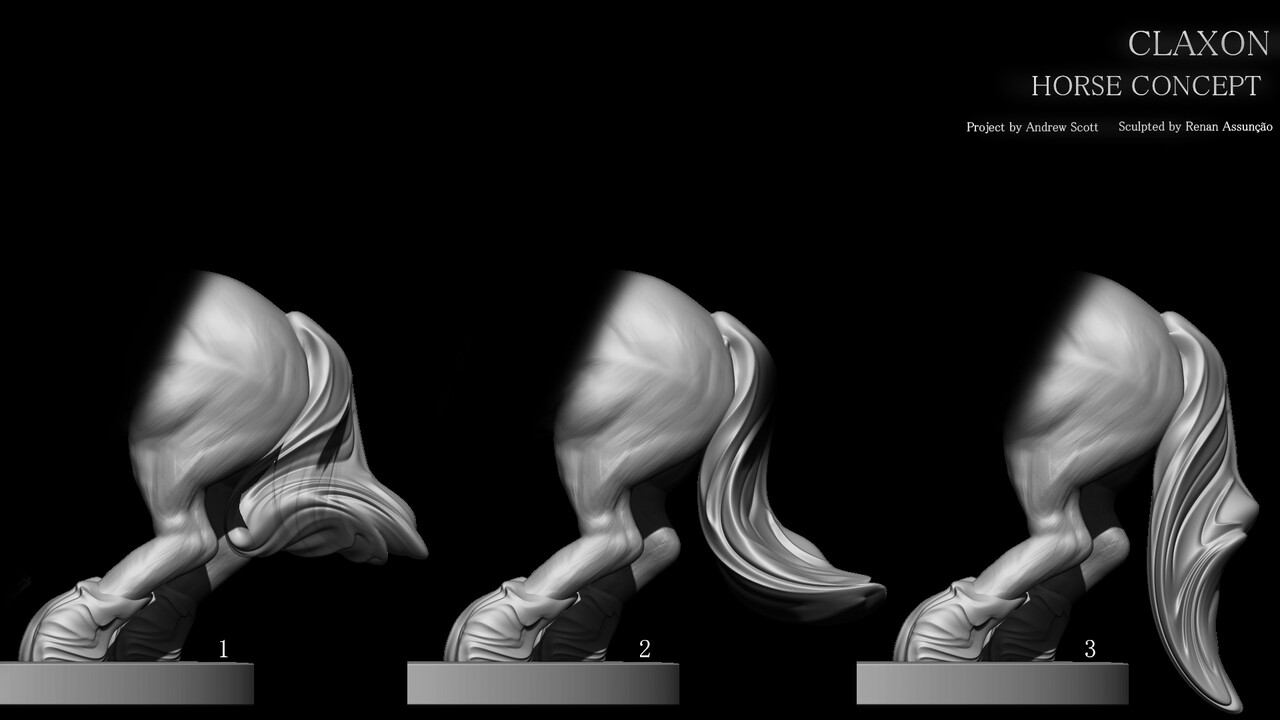 PRE RENDERS - APPROVAL:
After all changes made according to customer request, the images for final approval were sent before proceeding for last stage, export of STL files and rendering. 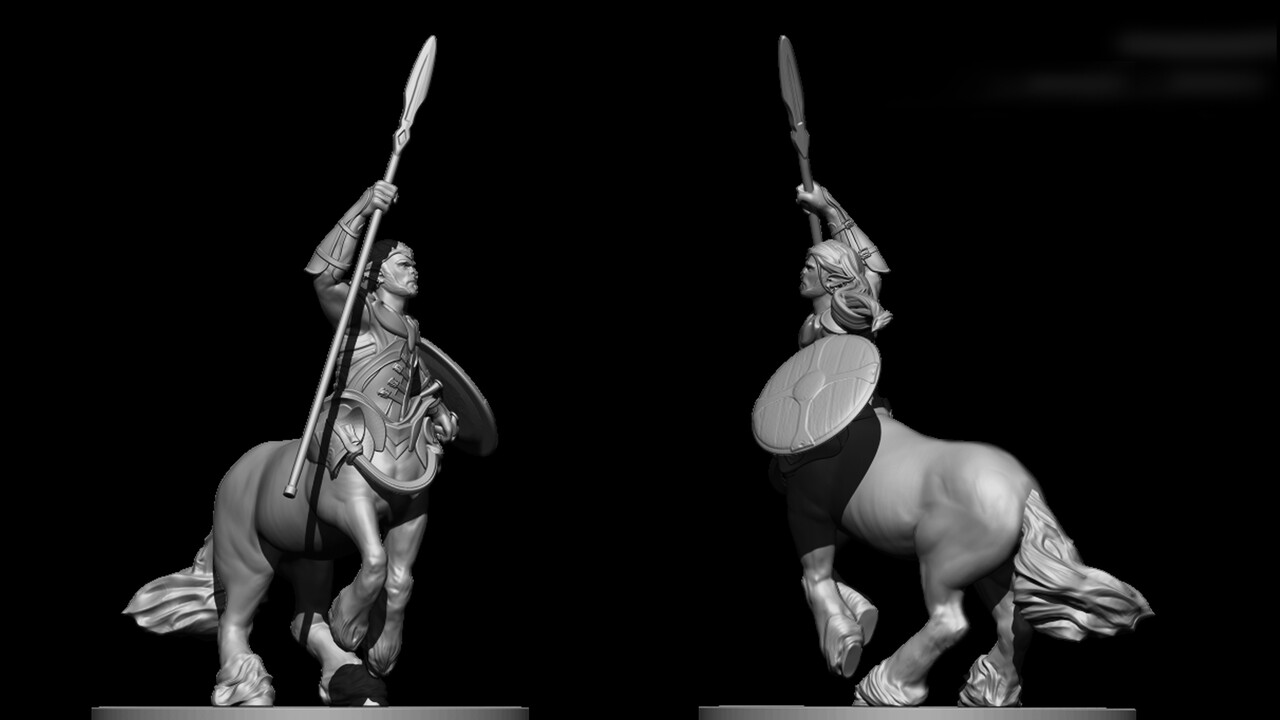 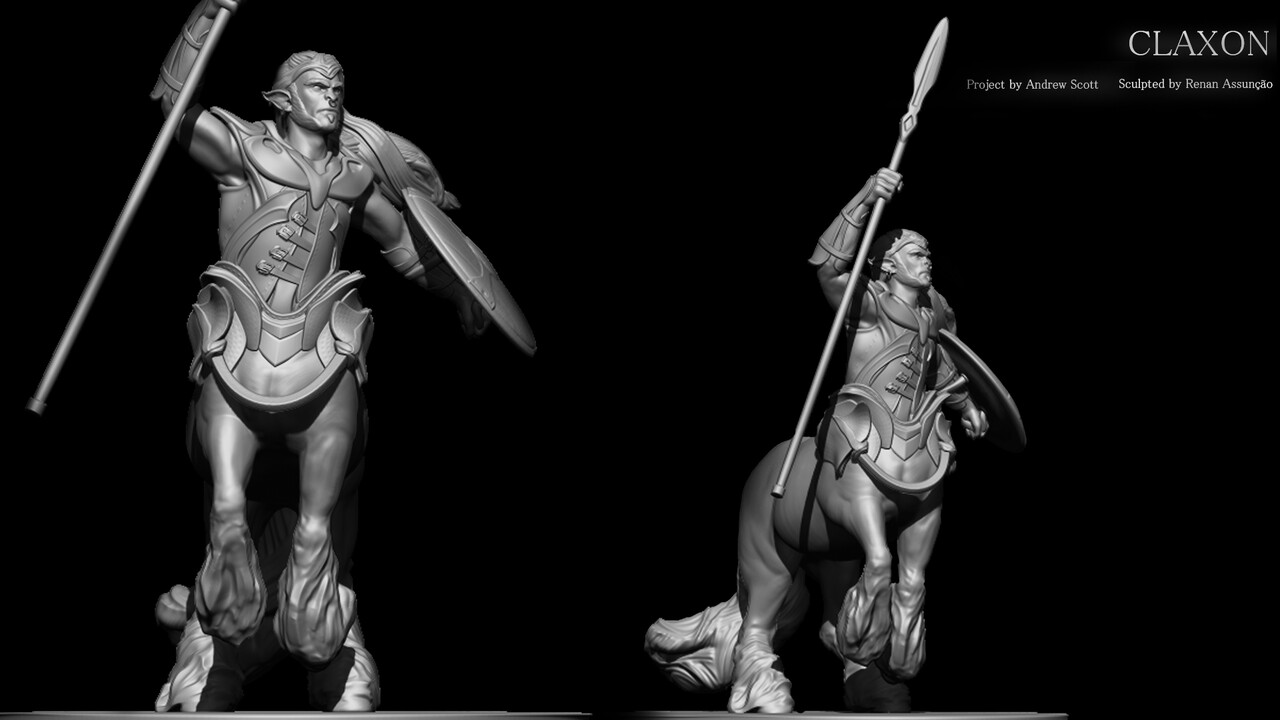 EXPORTING AND REPAIRING STL FILES:
After making the decimagens of the parts, the final model exported is important that has up to 100mb, to not cause issues in the printing software.
The printing of separate parts of the model depends on each type of production, after receiving the order in which part the model needs to be separated, each file is exported as follows in the order of the image below. 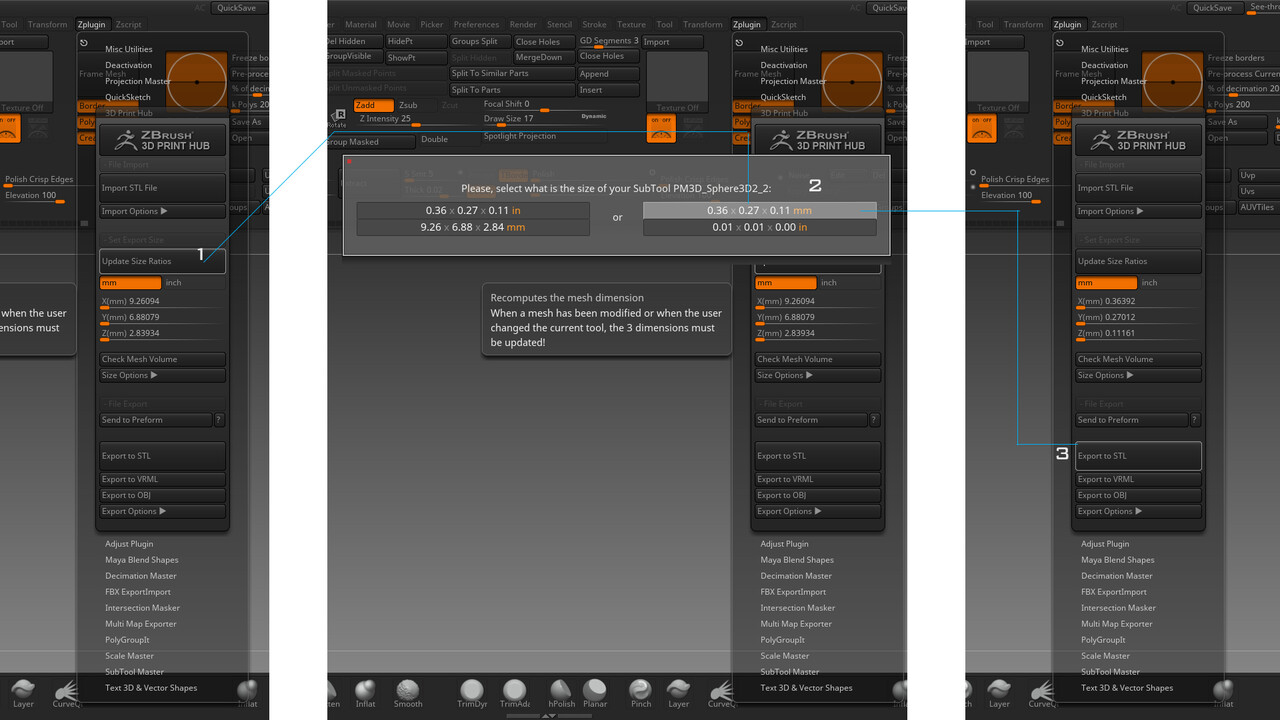 REPAIRING STL FILES:
After the STL file is exported, we will repair by leaving it ready for printing on the Netfabb software. When you load the mesh, the exclamation button indicates some errors, following the order of the image below, the software starts and completes the repair process. 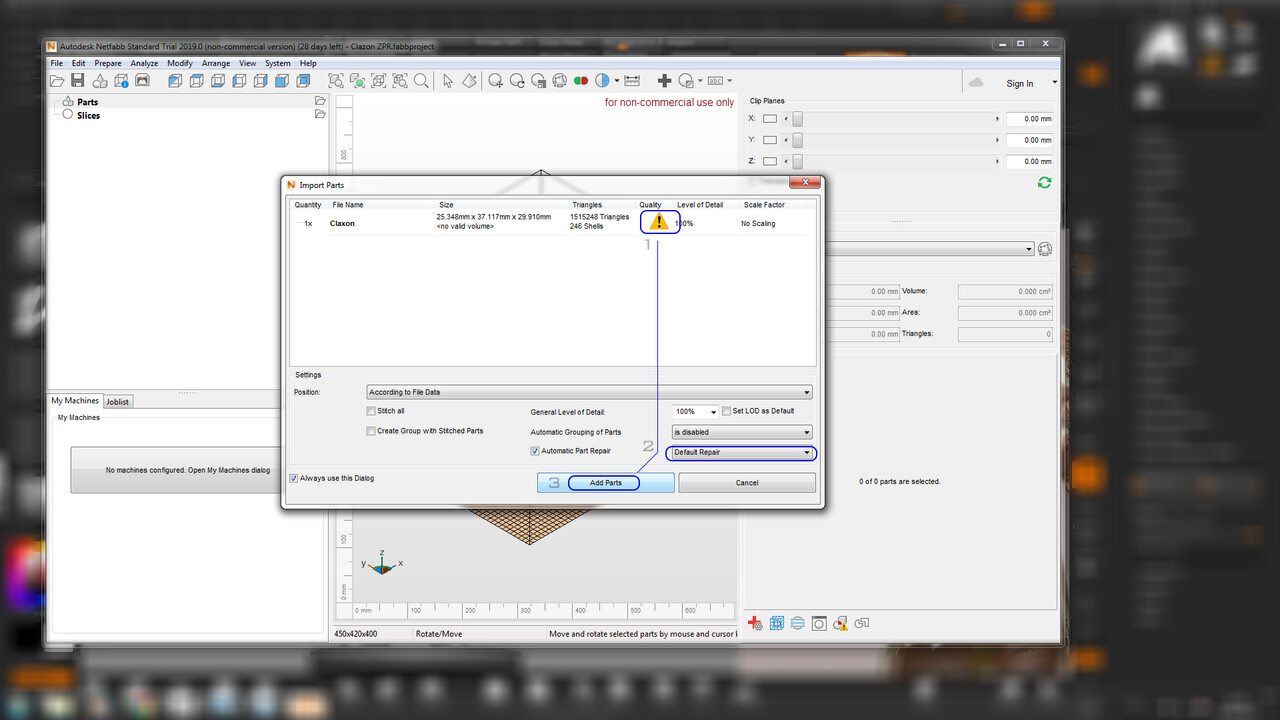 After the completed process, the file is simply ready to export and send to the customer to print the final product. 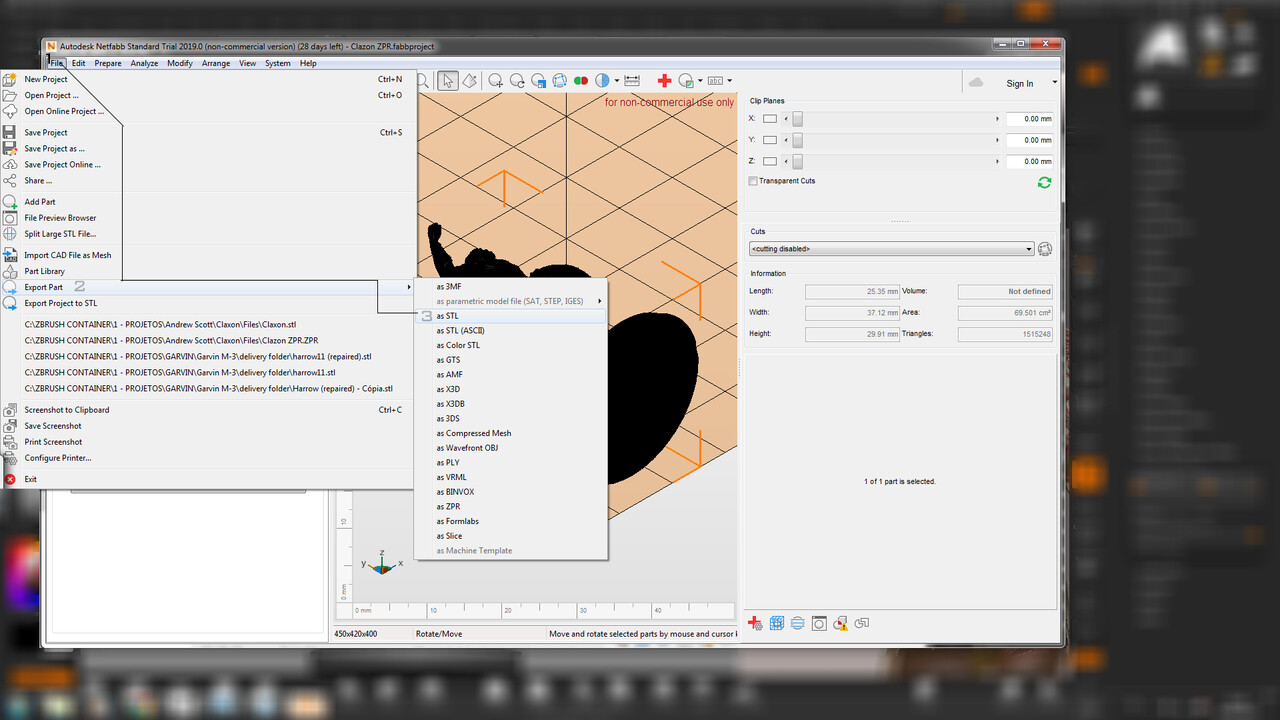 After exporting the model correctly I start the rendering phase, in which it is fully done through the keyshot with a black curtain in JPG format that are merged into a composition in Photoshop along with color correction before exporting. The PSD file accompanies the delivery of stls files, in order to help case client needs to manipulate images of the renders in order to create promotional campaigns. Along with 4 colorful renders and 5 as the example of the images below in the 4k resolutions. 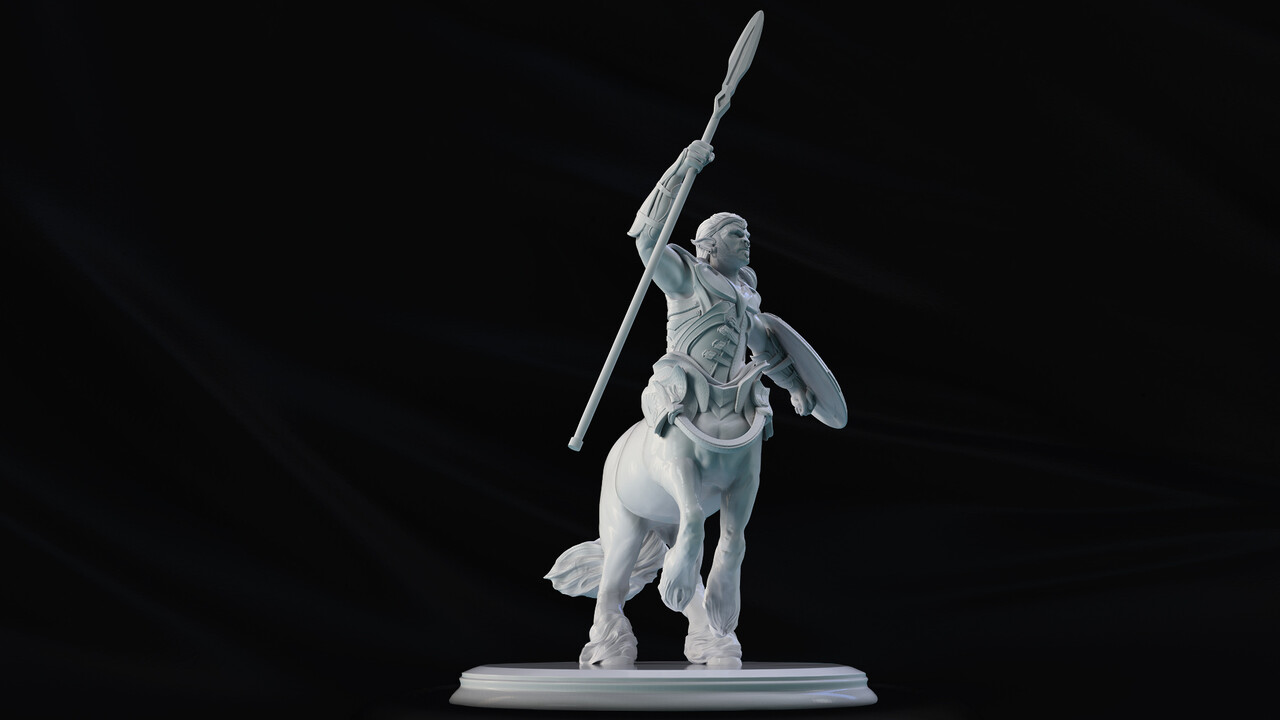 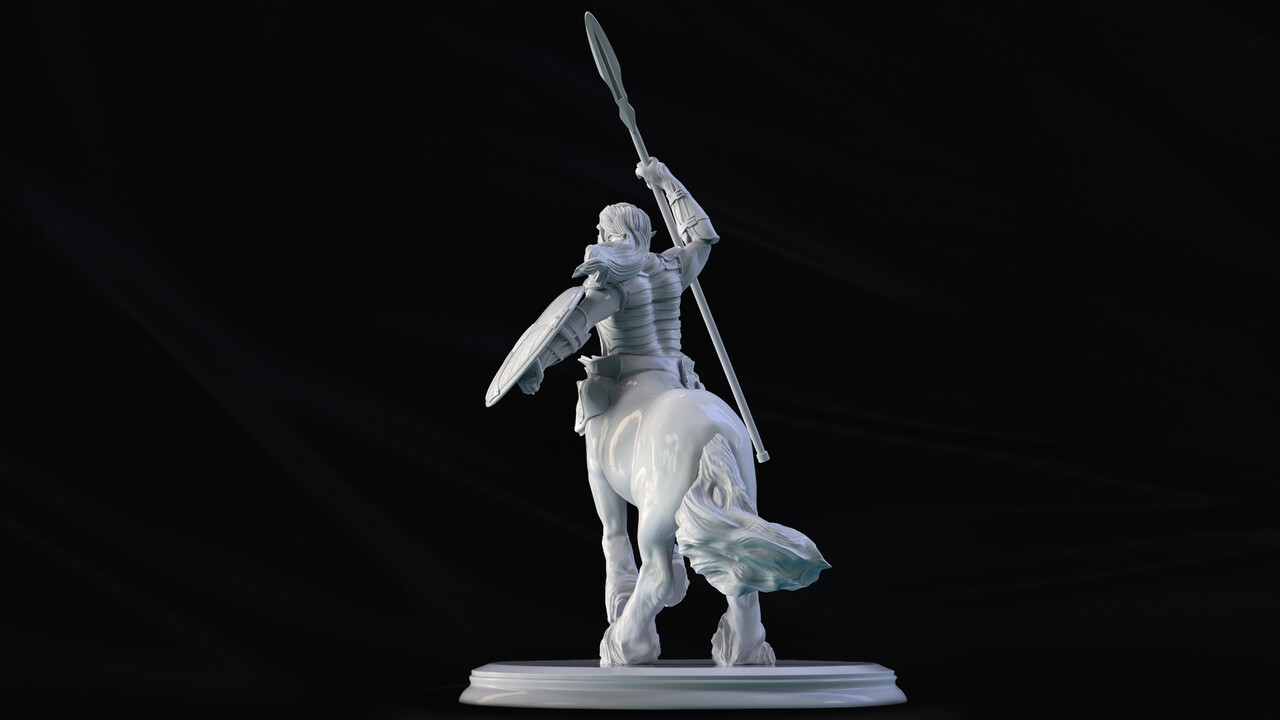 if you have doubts about projects, inquirys or support, this is the email contact.assuncao@gmail.com

Some of the brushs I created to make this work are in my store on the artstation (https://www.artstation.com/renanassuncao/store)

Hopefully helped you, and a Happy Artstation reading and Zbrushing!